Tomorrow I am hosting my Cowgirl Dinner Party , for all my Cowgals! Actually, none of my gals have cows. We have cows on our property….but they are not ours, so I don’t really qualify as a Cowgirl either. I threw the party last year when I was cooking and blogging through The Pioneer Woman Cooks.

The ladies gave me invites for my next party….WOW they were putting the pressure on, assuming the parTAY would be fabulous enough to want me to do another one. Well, it was. And I am. I just wish I could have invited everyone. But my house isn’t quite that accommodating. Here’s the invitation…know that if I coulda I woulda invited ya’ll! 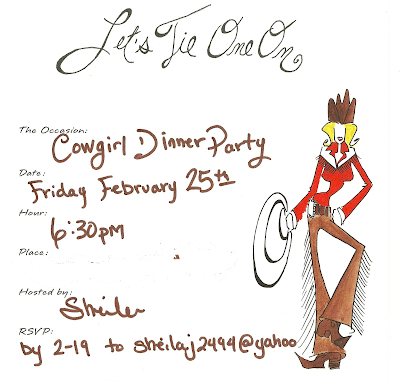 A party is always a good way to break the winter blues don’t ya think? Mix it up a bit. Give everybody something to look forward to. Good food, lots of laughs, and girls ONLY! No kids, NO boys! 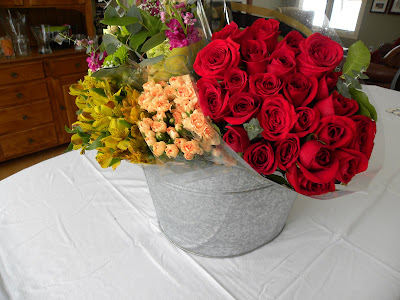 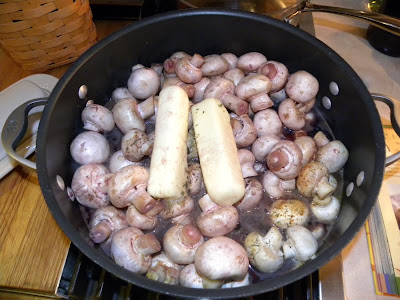 Initially I thought that I would change it up this year. Make it my own. But then my Cowgirls kept asking what I was going to serve. When I mentioned that I was going to change it up the response was always “well you’re gonna make those mushrooms still aren’t you?”. So then I tried to figure out how I could make them fit into my meal plan……and it wasn’t quite meshing. So I figured, “What the HEY!”, why mess with a good menu!!! So I am doing the Cowgirl Dinner Party from The Pioneer Woman Cooks cookbook again, with a few extra’s! 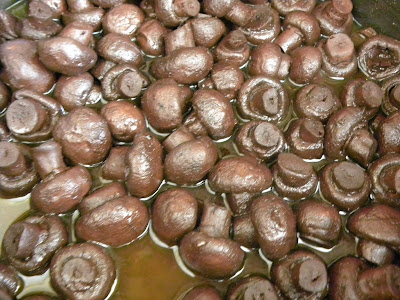 You need to make these mushrooms. Just once in your life you need to make them.
I could actually bath in them that’s just how amazing and comforting Burgundy Mushrooms are! I ate the leftovers for breakfast last year. It’s not my recipe, it’s P-dubs. So you will have to get it from her. It’s in her cookbook.
WHAT you don’t have the cookbook?
Too bad so sad for you.
Would you buy the dam cookbook already people…..OK sorry. She’s not paying me to push her cookbook, I promise. I guess if you’re going to be stubborn and not buy the cookbook then you could go here for the recipe. Burgundy Mushrooms are TRULY life changing.
I am hoping mine turn out as fabulously as they did last year. I put them on the stove this morning….they take a minimum of 7 hours to cook. Yeh, I know that’s why I haven’t made them since last year. I was talking to my dad on the phone while trying to read the recipe and get them cookin’. My dad needs responses. There is to be no dead space while on the phone with my father. If I am not saying “uh-huh”, or “oh really”, or “ya don’t say” after everything he says he yells, “ARE YA THERE?”. So I didn’t read the part about not adding the salt till the end of the cooking time.
Gol~darnIT! I added it. I’m saying a prayer that it won’t matter. That they will still be FAB-U-losSO!
Well I hope you have a great day, I need to go call my insurance company before I go pick up the beef tenderloin. Heaven for bid I get in a car wreck and that piece-O-meat is not insured!
Luv Ya!