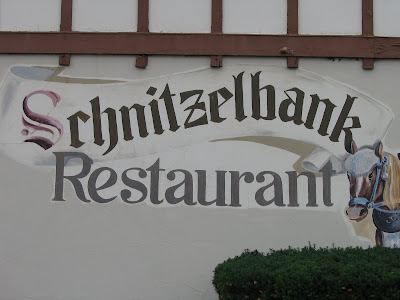 In the Fall of 2006 one of my most beloved restaurants closed….sniffle…deep sigh. I took these pictures the day before they demolished the building. The Schnitzelbank was an institution in Grand Rapids, it served authentic German food for over 75 years. As someone of German decent, and one who also lived in Germany for nearly a year the food of Germany is comforting to me. German food is nothing fancy, but it is hearty. Meat, beer, potatoes, beer, bread, beer, oh and don’t forget the cheese. I had been reared on Velveeta, the discovery of real cheeses was heavenly.

My first Sunday dinner, at home with my Germany Family, was Gruenkohl with Speck. Green slimy kale with salty ham and pilsner to wash it down. “You will learn to like it.”, Oma said. I never really learned to like it. I did learn to like plenty of other German delicacies, resulting in my returning to the USA with 25 extra pounds in my “hosen”. (pants) 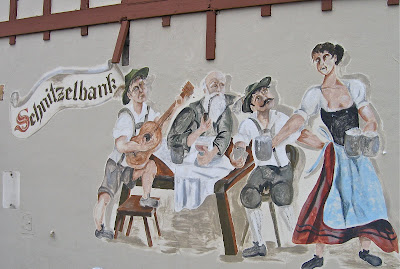 My first trip to the Schnitzelbank was with my German class in high school, escorted by our very lovable but wacko teacher, Herr “whip gummi bears at your students” Haan. 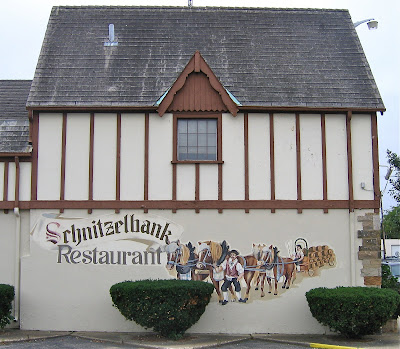 The waitress were all in there 70’s with healthy bosoms, wearing the traditional German waitress attire. That was in 1985, and in 2005 the same waitress were still working there and had not aged a day. Must have been the beer and sauerkraut. 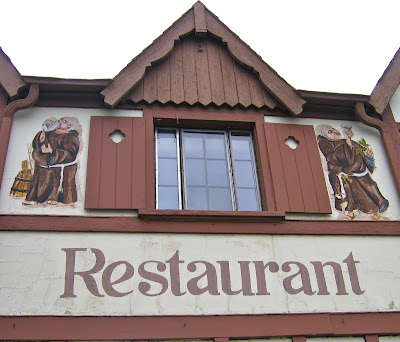 It makes my heart ache that I am unable to bring my kids to this restaurant and let them experience the great food and atmosphere that brought back so many memories for me. I lived on the Northern most border of Germany….so any of my Germany Family might take offense that I am comparing this very Bavarian Restaurant to Flensburg. Because if you are familiar with Germany you will know there is a North and South thing that goes on there too. But despite the decor, the food at the Schnitz was very similar to food I ate during my stay in Deutschland. 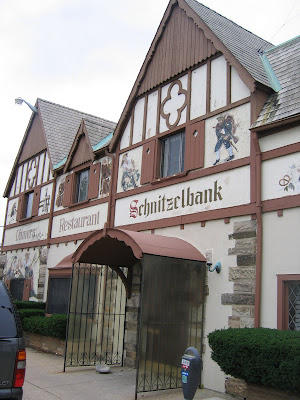 The closing of the Schnitzelbank forced me to get out the recipes that my friends wrote down for me before I returned home and to use the German cookbooks that I had received as gifts. 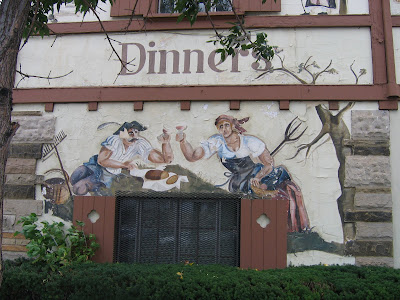 In the Fall and Winter I make my favorite German meal, saurerbraten, with spaetzle, rotkohl, and gravy. 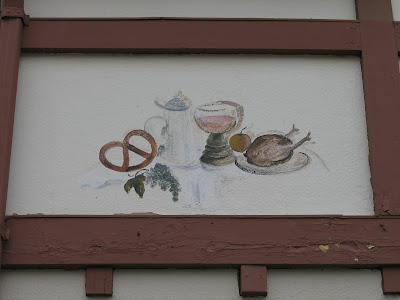 I am so glad that I made the trip downtown and snapped these shots of our local history before it was torn down to build a much needed parking garage……that was sarcasm, if you didn’t get it. 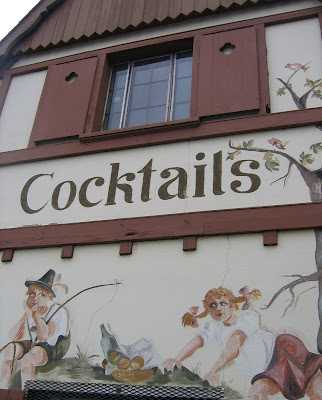 What is this fair madchen doing? 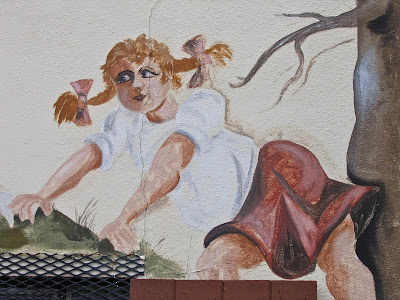 That is what my butt and legs looked like when I returned home. And it wasn’t from climbing mountains with my lederhosen clad boyfriend…it was from eating too much cheese and bread slathered with real butter, I had also learned that Blue Bonnet, is not real butter!
I plan on sharing a few of my favorite German recipes…until then!
Liebe,

Previous Post: « GIVEAWAY WINNER and a look back on my first year…..
Next Post: Saurerbraten part I »