A few weeks back I put out a comment on my facebook asking “where I could find the best burger in West Michigan/Grand Rapids”. Hokey Pete, with in minutes I had responses and by the next day I had me a list of 20 places I needed to try!
I found out I got me some facebook friends that are passionate about their burgers!

Oh Lord help me, I don’t think I will make it througt this challenge wearing the same sized jeans….my stretchy pants are going to become my best friend.

I realize a great many of you are not in West Michigan…but Hey! if you ever find yourself in the great state of Michigan you will KNOW where to find a burger! And YOU will thank me. You might even want to come find me and take me with you. Just a suggestion.

I didn’t think I could slap all of them on you at one time so I will give them to you in nice small doses. 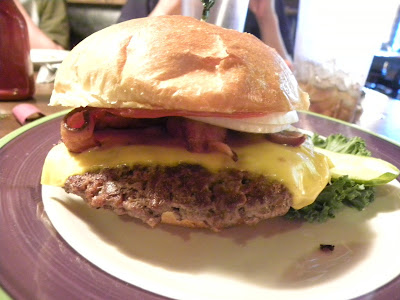 This was my first stop. And whoever recommended it was right on! This burger is the real deal! Thick and juicy. It was like a homemade burger. Not a thin, sorry excuse for a burger. I got the impression that they hand formed each burger. They didn’t seem all preformed and dethawed from a box. But the real kicker was the bun. Oh Mi Amigo…..this was what clenched the deal. The bun was generous in size and grilled so it was buttery and crispy, not soggy. I would most definitely recommend you try the Dungeon Burger at the Grand Villa in Grandville. 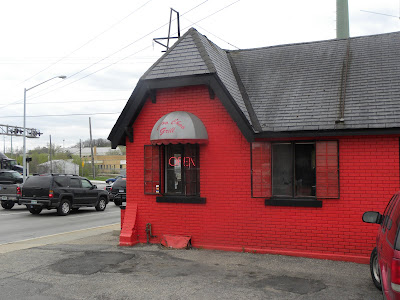 The best thing about this place, for me, was the atmosphere. This is a diner, you could even call it a dive.

My friend Dee and I went to check it out. We sort of stuck out like a piece of sashimi tuna in a vat of ground beef.
NO one was talking they were all hunkered down to their food, hunched over, moaning and groaning and wiping the grease from there chins. And well Dee and I had some stuff to talk about so we got some looks, because it took us a minute to order…well because we were chattin’.
FINALLY we ordered…olive burgers, mine with swiss, Dee’s with cheddar. She got onion rings (love that girl), I ordered the fries. We had ourselves some soda’s to wash it down. The burger was just OK. There was a very generous amount of olives. But I want to taste the burger…and I didn’t really get enough meat. I am a growin girl after all… The bun was more of the wonder bread soggy sort. If you grew up in these parts and were a fan of Mr. Fables then you would love the olive burger at the Choo Choo Grill. And the root beer in a frosty mug was a BIG bonus. 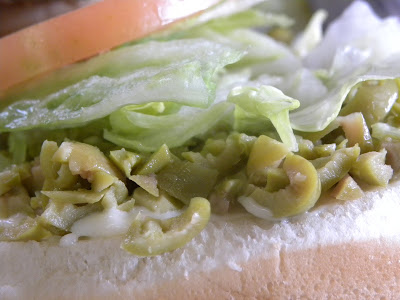 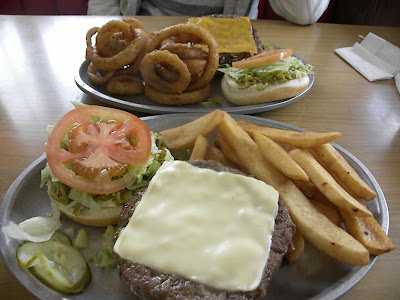 If you have train loving boys, they would love all the train memorabilia.

Definitely worth trying, just not my personal favorite. It came down to the lack of a great bun. 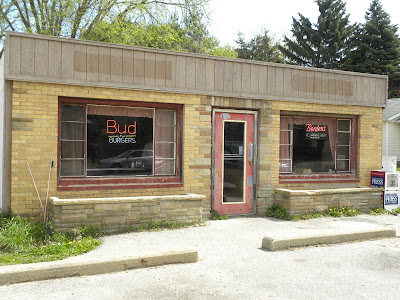 This burger search is going to either make or break some friendships for me. This one showed me that I have a true friend in my gal ‘Chelle. She met me at Buds on Remembrance in Walker.

I have been by this burger joint at least a thousand times in my life and never noticed it. But then many of YOU on facebook said I had to go there. Was this a bad joke? Do you really not like me?
You should have told me to take a shower after I ate there, not just before.
GREASE or GREEEEZE is a better term. It was thick in the air. Oh my land-a-Goshen! Bud (all 80+ years of him) was cooking up a storm, with a very bad ventilation system. And mind you at the time we ate here, the Michigan’s smoke free law was not yet in effect, so we had the smoking thing going on too!. (we weren’t smoking, silly, other people were) I was told I needed to order the “Lithuanian burger” it’s not on the menu…but the waitress knew what I meant.
The Lithuanian turns out is a burger with an equal sized slab of onion to burger ratio. The onion slice is grilled to caramely perfection. The bun was also grilled on this burger. Which for me is a thumbs UP. I like me a grilled bun! 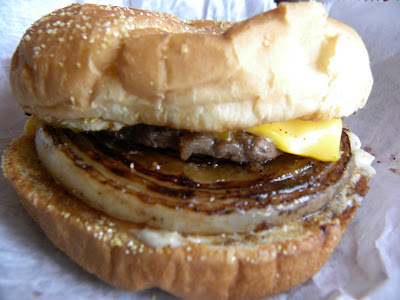 There it is the slab-o-onion burger. Oh I needed some TUMS after this burger. 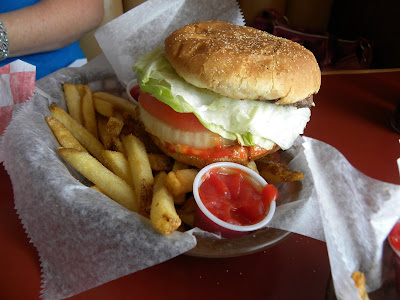 This was Chelle’s choice of burger….I think it was the deluxe.

I would recommend that you give Bud’s a try, but next time I would do take-out. 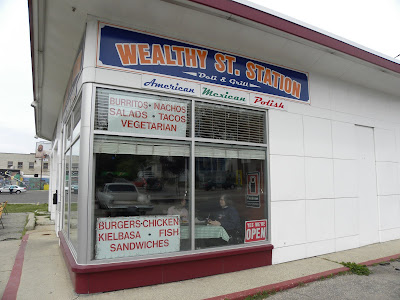 OK this place is in the lead! It seriously needs to be on Diners/Drive Ins/and Dives!

First of all they serve, American, Mexican, and Polish food. That is slightly unusual, but it seems to work.
This is another place I have driven by far too many times and never stopped.
This burger was undeniably the best thing I have eaten on a bun, so far in my search for the “areas best burger”. My Kenny took me there…so that made it super romantic. Bar-b-que dripping down my chin, bread stuck in my teeth. And of course I had to order the sweet potato fries and the fried okra. I am so sexy.
This place had kinda the south of the border polish thing going on.
Kenny ordered the Station Burger, which is a 1/2 lb burger with cheddar cheese, deep fried jalapeno and onion strips and smothered with their homemade chipotle sauce served on a pretzel bun! DANG! That there is one crazy burger. I had the Western burger. It was fantasticO! Pepper jack cheese, bacon, onion rings and LOTS of BBQ sauce. DOUBLE dang! 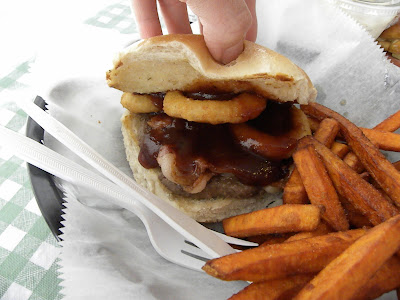 The staff at this joint were sassy too, I love a sassy waiter. Makes things interesting.

Can you tell I liked this place, well like I said this one is in the lead so far

….I do have about 15 more to try sooo we’ll see how it fares against the upcoming competition. 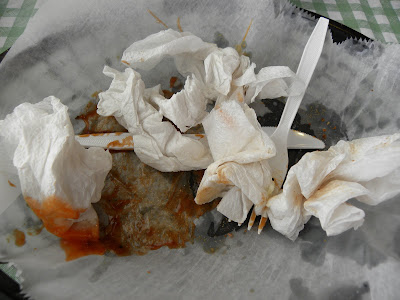 This was the aftermath……. that was zer GUT! So good my German speaking self came out. Ach du leibe! Das Schmeckt!

Many places have a burger on their menu, but I am trying to stick to “joints” that are well known for their burgers and also not a chain. NO chains in this search.

What’s next on the list? Hmm Wolfgangs…..The Daily Grill ….Franks…
Come owwn back now ya hear!