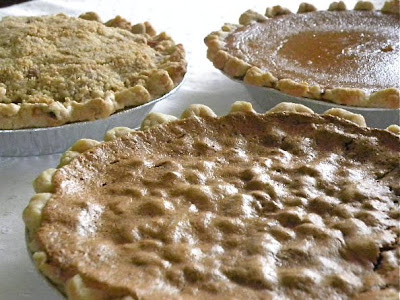 Same old story different week. I am always missin out on something and then scrambling to catch up. I did not know about pie week…..it wasn’t on my radar. Maybe it was because I was too busy taking orders for pies, for a fundraiser, and planning out the strategy of baking fifty some pies in my home next Tuesday and Wednesday. Or maybe it was the skads of laundry, the shower caulking, and oh yeh and I’ve been makin’ all those homemade gifts…phew it’s been a crazy week. I started baking today. I had a few people that were in desperate need of some pies this weekend. But I did not want pie week to pass me by…so true to form I am cramming it in. I am a crammer. Crammed in High School, College, and now I just cram pie…. in my pie hole. 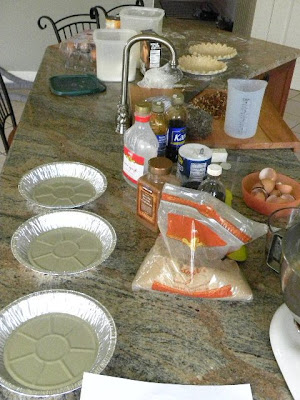 This is my kitchen in full pie baking mode this morning. Pumpkin, Pecan, Dutch Apple and Traditional Apple Pie…. I’m not veering from the traditional Thanksgiving Pies. 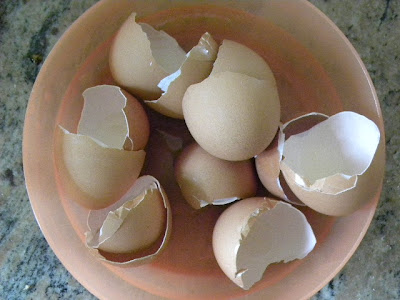 Lots of eggs…I’m going to need about 60, them chickens out in the barn won’t be able to keep up. Looks like I’m going to have to buy eggs this week. 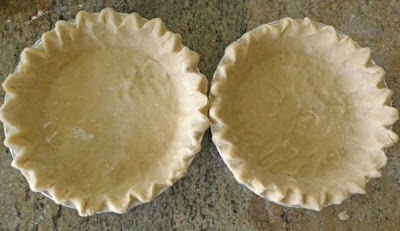 I come from a history of pie bakers. It’s in my blood. It’s soothing for me to bake pies. I could do it all day long. Need a good pie crust recipe, and tutorial? Here you go….Easy Pie Crust. 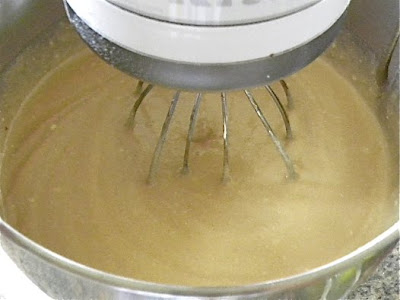 Whippin’ up some Pee-CAN pie…it’s my favorite. 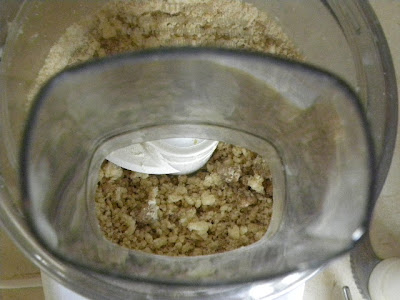 Crumble topping for the Dutch Apple. 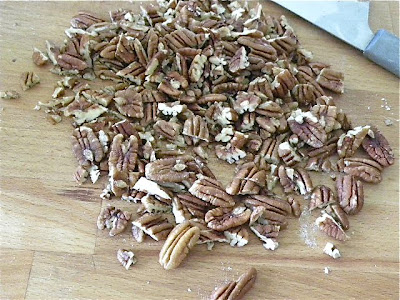 And pecans for the pecan pie. I had a few things going on all at once, I could have used a few more hands, which I will have next week when we bake the mother lode of pies. 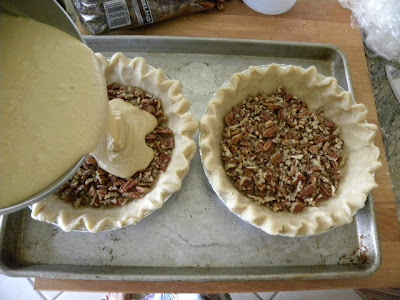 Do you hear the angels singing? I think Heaven is gonna smell like Pecan Pie. 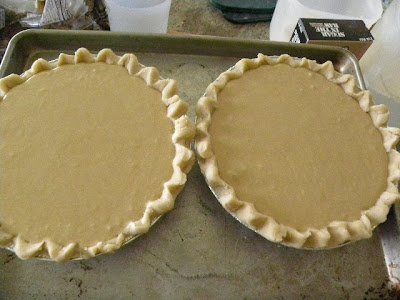 Now on to the apples. I add the sugar, flour and spices in my largest bowl…… 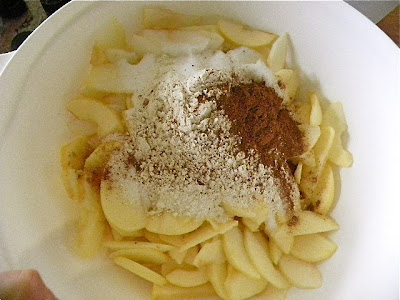 then with both hands on either side of the bowl I just give it all a toss, to get it mixed around real good. Toss, toss ,toss….whoo-hoo, up-sa-daisy with the apples. 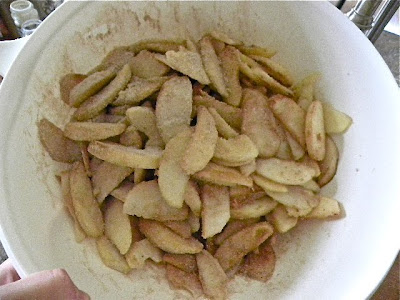 Butter is the key to distinguishing a really good Apple Pie from a mediocre Apple Pie. A slab or two of butter make everything better. Agreed? 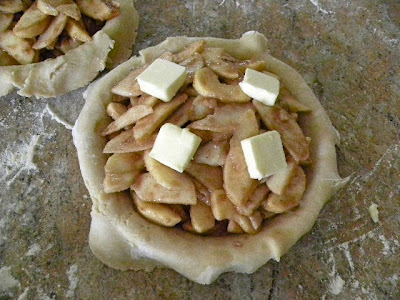 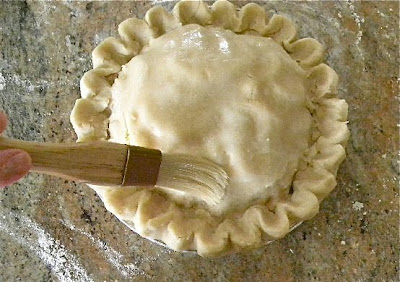 Add your top crust. I give my pies a light milk wash then I sprinkle them with raw sugar. 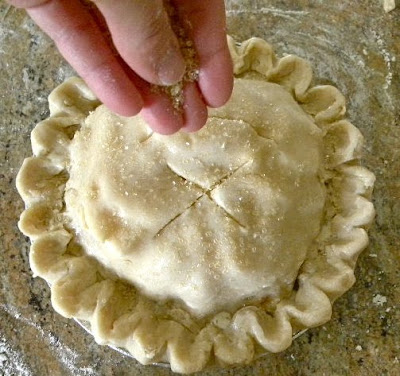 This baby is ready for it’s new home. It’s new mama is going to bake it. Bu-bye sweet thang. 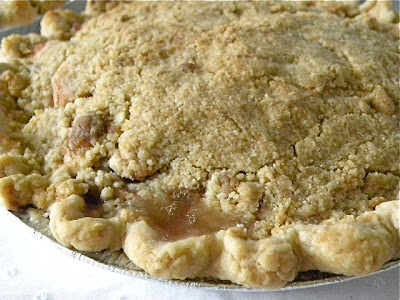 Apparently Dutch Apple Pie is the favorite in these parts. Everyone wanted Dutch Apple. 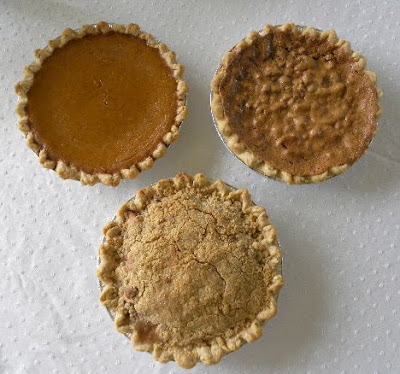 These are for Big D. She’s heading off to Chicago this weekend to have an early Thanksgiving with her sister Harmony and family. Hope you all enjoy! (and I hope you don’t find a hair in them or nothin gross like that…..) 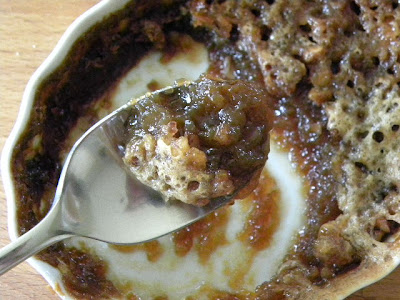 There was a little bit of Pecan Pie filling that wouldn’t fit in the pies. Don’t think this pie eatin freak was going to wash that down the drain do ya? I chopped up a few more pecans laid them in the bottom of a ramekin poured the filling over it, baked it for 35 minutes and had glorious little mid morning treat. These pies aren’t anything too unusual, pretty standard. But like my grandma always says “don’t mess with tradition”. These are the same pies I’ve been eating since I was just a little pot-licker.

I just added my pie recipes in my recipe box at Tasty Kitchen.…like I said always cramming it in at the end. So you may have to wait a day or so until they show up. When they do I will link them here too. In the mean time there are many other pies to be had over at TK so take a look around.
What’s your pie tradition on Thanksgiving Day? I’d love to hear……
Luv Ya more than my Pecan Pie!