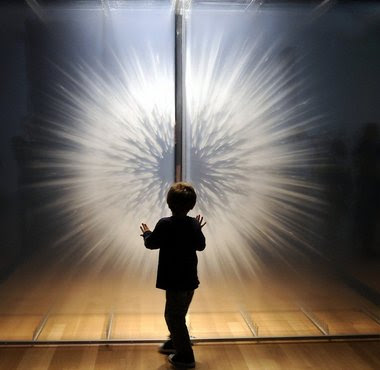 The Top Ten artists of ArtPrize were announced this past Thursday. I didn’t even get a chance to vote. It’s a little overwhelming. There is something like 1600+ entries. How could one human being see that much art in a three week period? Now you are only able to vote for the Top Ten. My favorite did not get into the top ten. Wondering if my vote would have made the difference…..
These first two pictures are of two of the top ten. (I did not take these two photos, so you know) I really liked the above entry. It was mesmerizing. The pig was fun, but I kept thinking Mel Gibson was going to climb in its backside with Tina Turner and float away, it was a little Mad Maxish. 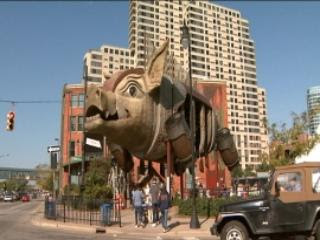 This piece is in the Grand Rapids Art Museum. It is composed of salt. Loose salt, on the floor. Very fragile. It is also in top ten. It was amazing. The picture really was ghostlike. 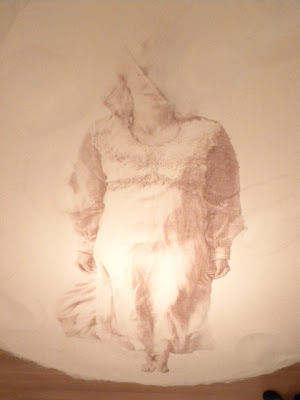 Now this is my second choice to win the Prize…very close second, well really I would have a hard time choosing. I love this one. The picture was drawn with #2 pencils, it took over 800 hours. 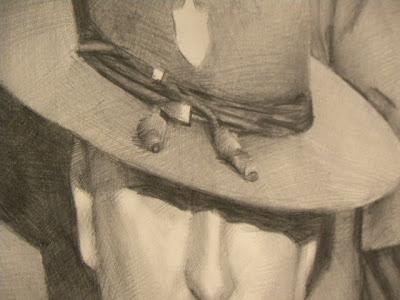 Look at the details. 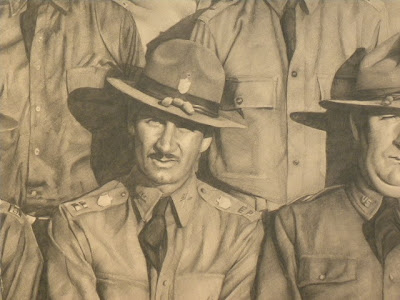 Look at how large it is…..eight panels, but unless you look really close you would never know it was in panels. 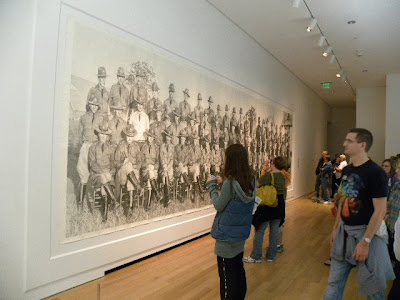 Now this is my other favorite. It is like every little girls fantasy playhouse. It was made of felt, handmade felt. 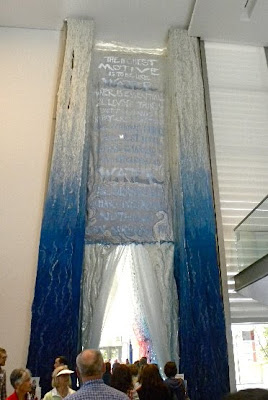 It took up an enormous amount of space. 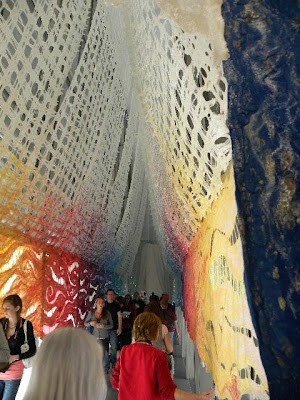 The colors were amazing and it continued out of the building into the courtyards. This one did not make it into the Top Ten. Boo-hoo.

This painting of Rocks looked so real. It was gorgeous. That is the artist standing in front of his work. 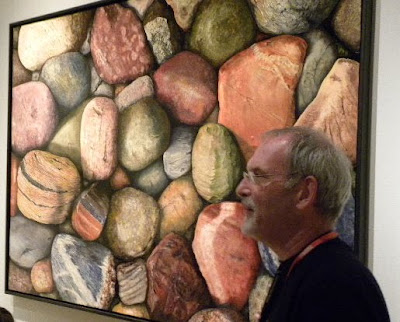 This wood carving made it into the top ten. It is on the river, sort of like an amazing piece of driftwood landed there on the shore. Do you see all the animals hidden in it? The children loved this one, on our field trip. 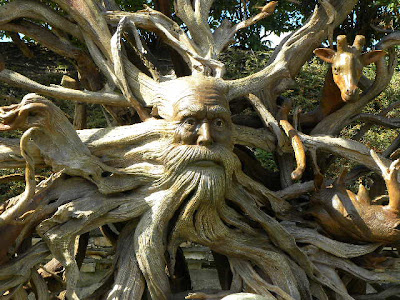 Here is an interesting entry. The artist asked people to write down dreams they had, then she interpreted them in these jars and put them on display. They were all tagged with the dreamer and their dream. 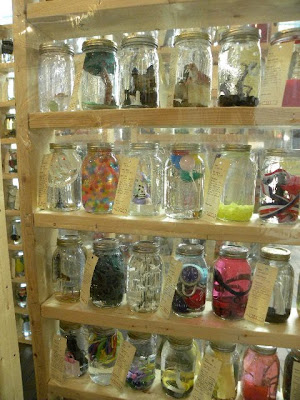 Lips. Lips made of straws. Lots and lots of straws. What people won’t think of. So many creative people. I am already looking forward to ArtPrize 2011! 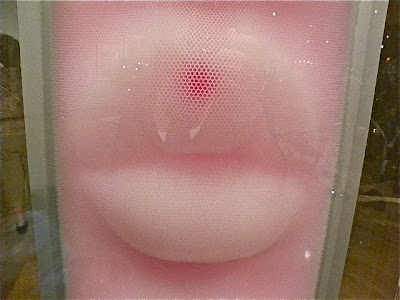 I don’t know the name of this one, but I would have named it SMOOCH!