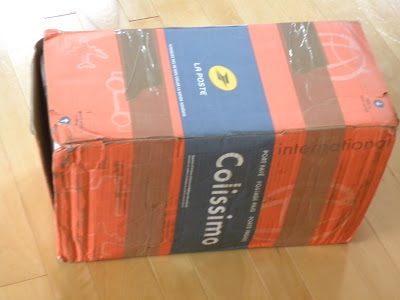 This package arrived, this summer, ten minutes before we were to leave on vacation for a week. It was a good sized box. It was from France. From my sister Kraut. You didn’t know I had a sister named Kraut? Well that’s not her real name, but that’s what I call her, and a few other people…but not many. 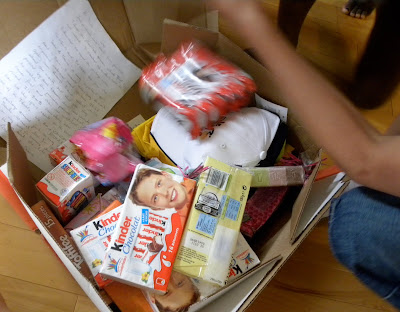 There was a whirlwind that ensued as the package was opened. A frenzy. OK, it was a freaking mad dash for the box full of chocolates.
Kraut a.k.a. Andrea lived with my family, as a exchange student from Germany, when I was a junior in high school. Then her family graciously invited me to come and live with them the year after I graduated. My family became hers and hers became mine.
She now lives with her gregarious, cheese loving husband and two beautiful children in France. We wish we were able to see each other more often…but it has become hard with kiddos and school schedules. So a couple times a year we try to send packages back and forth to each other, full of things we hope the other will love. Kraut sends the best packages.

How she found this I will never, ever know. You never see my name on anything. I told you she sends the best packages! 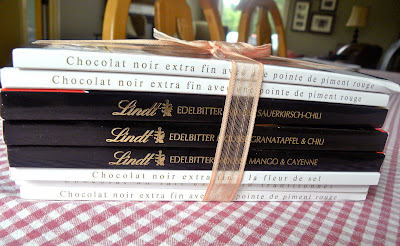 OK, now this is simply heaven. Chocolate bars. Lots and LOTS of Lindt chocolate bars in all different flavors. 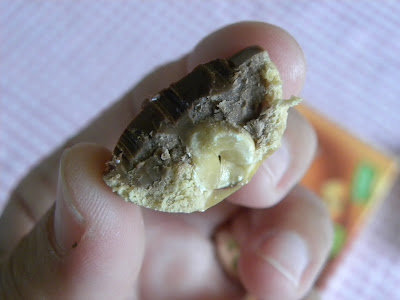 As I said we were all packed to leave for our camping vacation up north. But we stopped everything and we dug in. I wasted no time sinking my teeth into this morsel of Toffifee (hazelnut and caramel with creamy nougat and chocolate….I think I hear the angels singing). 25.32 seconds after the box was opened, that must be some sort of record. 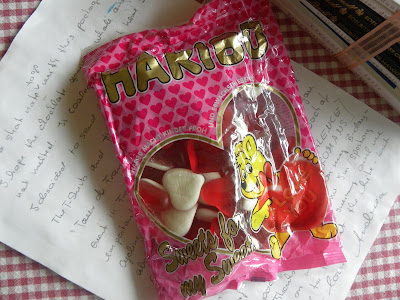 Awe and the gummy hearts, and a letter updating us on their life. I love that we still write letters to each other and I love gummies. I realize dentists despise them. But I really could care less if our teeth all rot out of our heads. Life cannot be lived with out gummies and written, on paper with pen, letters. (Just in case you thought I meant email type letters I need to clarify that life cannot and should not be lived with out the occasional letter written on good old fashioned paper with a thing called a pen.) 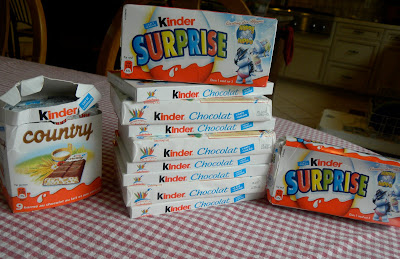 KINDER! SURPRISE! This is my kids absolute favorite, especially my oldest. It is somewhat hard to find around here. Although, once in a while I do find it at some odd location. Or I always find it when I make it to the Wienachts Markt in Chicago around Christmas time, but it is always so much better when it comes straight from the old country. 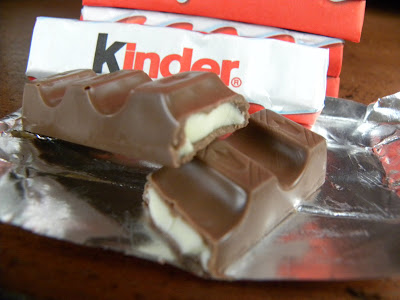 I agree with my kiddos, Kinder Chocolate bars are “sehr gut!” 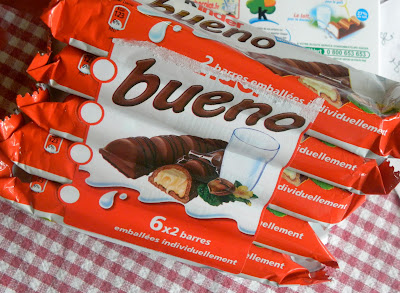 Kinder has some new types of bars. This Bueno…was just that. Bueno! Light, crispy, melt in your mouth, milk chocolaty, goodness. 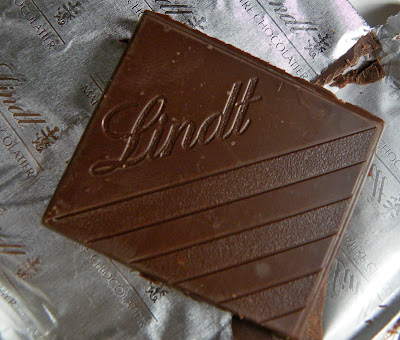 This bar here was my personal favorite is has sea salt in it. Perfect amount of salty sweetness. If you are controlled and can let a piece of chocolate melt on your tongue you would then be left with tiny salty crystals, but I am not controlled in matters such as these and I just sink my teeth right on in. No time wasted. 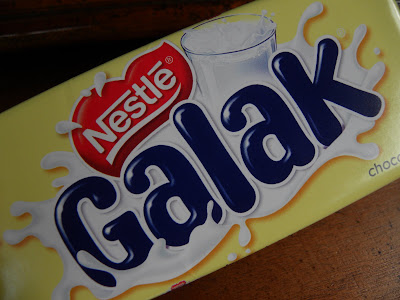 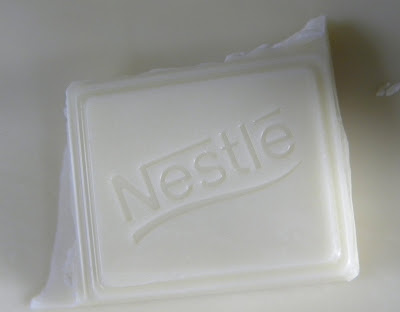 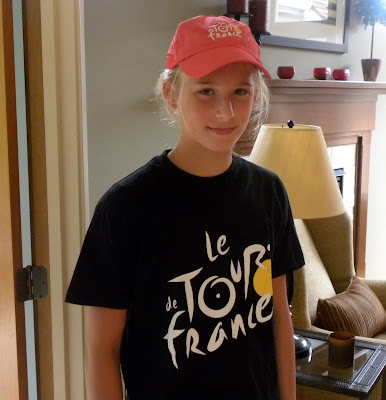 AND here is the kicker! My kids all received authentic, from France, Tour de France souvenirs! Is that not the BOMB?! The race just happened to go right through the town my sister and her family live in. They stood on the road and watched the bikes ride by, FOR GOODNESS SAKES! That’s kinda a big deal. It’s not everyday, or any day in the USA, that the Tour de France goes through the town a family member lives in. 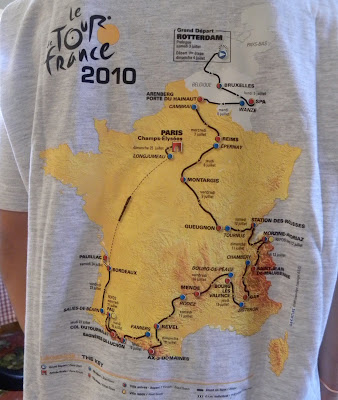 They live in the lower right hand part of the route. if you can see the word Valence. Woohoo that’s them. 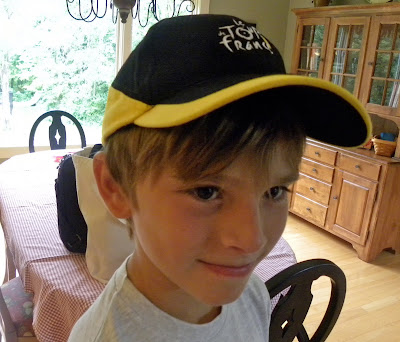 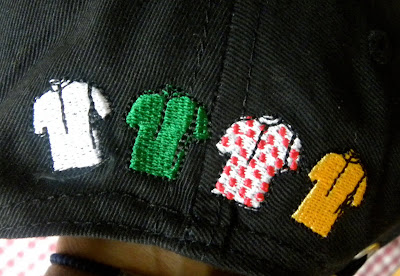 I love the detail on the back of the hats. Isn’t that so cute. Don’t tell my son I said it was cute or he will stop wearing his hat. 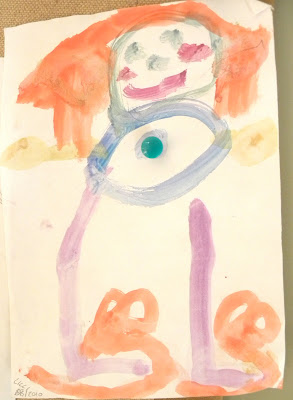 This was my personal favorite part of the package. A masterpiece by la petit Lilli age 4. It’s hanging on the wall in my kitchen. It will be donated to the Louvre someday when I die.
When was the last time you wrote a letter on paper with a pen to a friend or family member?
Do you have anyone you send packages to regularly?
My grandparents lived in Florida when I was growing up, my grandpa sent me a letter two or three times a month, I still have them all. It brings back so many memories to reread them. My kids write back and forth with their great grandmother who is 96. Even if the letters aren’t long, it still says I love you, I took the time to sit down and write you, and let you know what I am up to, and I care about what you are up too.
Grab a cup of your favorite beverage, a pen a piece of paper, nothing fancy, and write someone a letter.