I love this name. It reminds me of the children’s book by Kevin Henkes, Chrysanthemum. I think we have been through 2 copies of that book. I like names you don’t hear everyday…

I will never forget the day my oldest daughter, Ainslie, was born. I had that name picked out since I was a teenager…thought I had the unusual name award in the bag!

Well, my bouncing baby girl was born, I named her. AND an hour or so later in walks my nurse…”you won’t believe this” she says, “the lady two doors down just named her daughter Ainslie!” WHAT the…… True story.

Hyacinth is the name of P-dubs friend. Hyacinth makes a guest appearance in The Pioneer Women cooks with her recipe Huevos Hyacinth. Which is aMAAAZING! I tried to come up with a little song like my Migas song, but everything fell flat….but it was definitely song worthy. 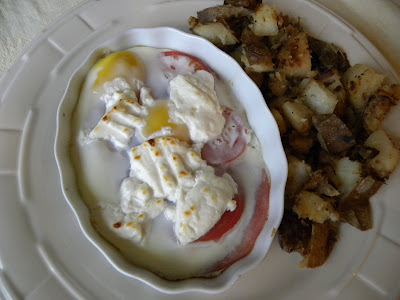 I put goat cheese on top of mine…my girls opted for Monterey Jack cheese. OOOOh I do like me some goat cheese! I can’t wait to make this recipe for guest. It looks so fancy, but it is quite simple. 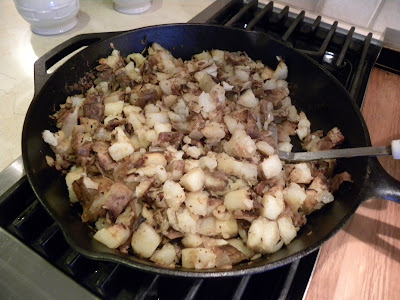 I am not sure how I made Breakfast Potatoes pre cast iron skillet. This made the best breakfast taters I have every made! Well, the bacon fat might have had something to do with that too! 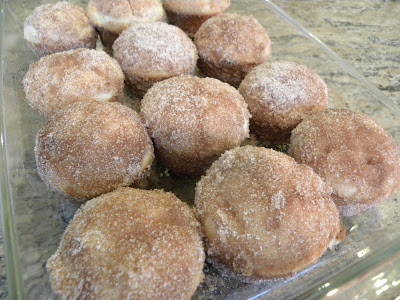 Then my oldest daughter rassled me, and made me make P-dubs French Breakfast Puffs. Land-A-Goshen…I am embarrassed to tell you how many times I have made this recipe since I bought this cookbook.

I have eaten three today. As I write I can see the plate with them on it….oh Lord help me. I think I just heard them calling my name….”Sheeela”

Ree I think you could sell this recipe as a stand alone…they are that good! I am sure it has nothing to do with the dunking them in butter or anything!

LEAVE ME A COMMENT TODAY AND I WILL GIVE YOU 3 ENTRIES in my Pionneer Woman Cooks, cookbook GIVEAWAY (for the 3 puffs I ate). Let me know you linked me to your Facebook, and I will give you 5! Come on people times a wastin’!