Welcome to Saturday Swap hosted by Kim at Quit Eating Out. Thanks Kim! 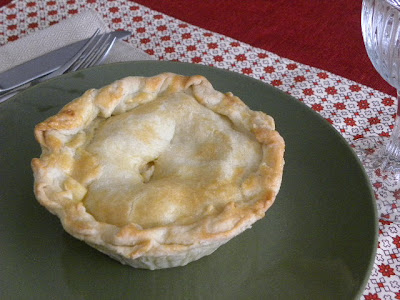 I thought keeping in the theme of my “food of love” week, I would share one of my families favorite comfort foods, Chicken Pot Pie. 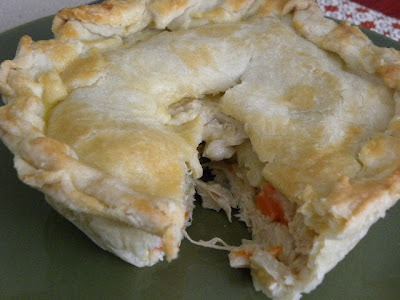 It’s chocked full of juicy chicken and vegetables. I have made Chicken Pot Pie for…..well…forever. My family has always enjoyed it, but they never really begged for it. Until my mom came to stay with the kids this Fall, while Ken and I attempted to “getaway”. (That’s a whole nother post people.) She had made Chicken Pot Pie for the kids. I had some of the leftovers. Admittedly, they were pretty scrumptious. But my kids wouldn’t stop talking about it…..
“When are you going to make “Grandma’s” Chicken Pot Pie? Will you pleeeease make Grandma’s Chicken Pot Pie?”
So I made the Pot Pie……
“This isn’t Grandma’s Chicken Pot Pie”, they all said in unison after the first bite.
What the HECK!
So I called my mom. “What’s in your Chicken Pot Pie that has the kids so mesmerized?”, I asked. This is the woman that taught me the basics of cooking. Pretty much all the comfort foods have come straight from my Mama’s teachin’.
Well apparently, somewhere along the way….I forgot the lesson in canned soups. You see I was making my Chicken Pot Pie with a bechemel sauce and….well my mom was opening two cans of soup and calling it a day, and guess what hers wins. It’s better. Go figure. I had turned a simple recipe into something complicated.
Because, well because….um I became a canned soup snob. Sorry. I said it. I’m a canned soup snob. I used to use it alot, but then I dumped it like yesterdays trash. I’m not saying that I am totally going back…I’m just saying that maybe in some cases it is actually pretty delicious in a recipe. And a heck of alot easier.
So here’s what you’ll need for my Mom’s Chicken Pot Pie: 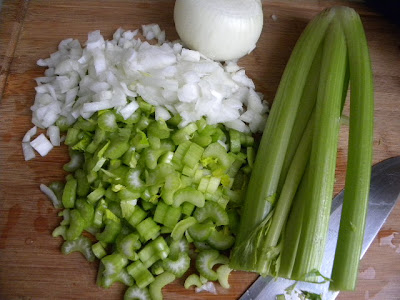 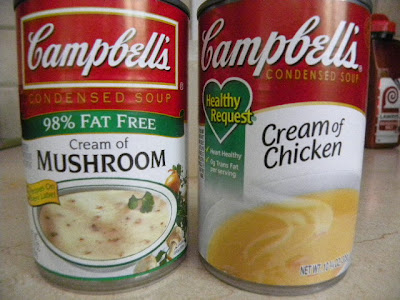 I used the “healthy” version, my mom did not, I couldn’t tell a difference in the taste. 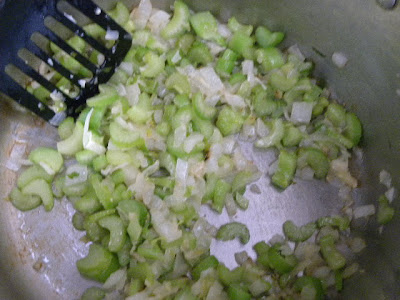 Saute onions and celery with butter, until tender. 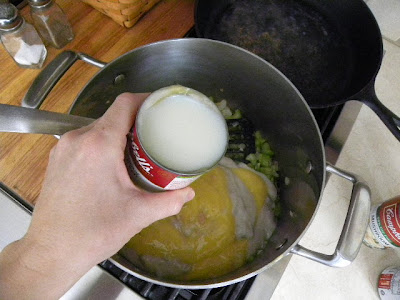 Plop the contents from your cans of soup in there with a 1/2 can of milk. 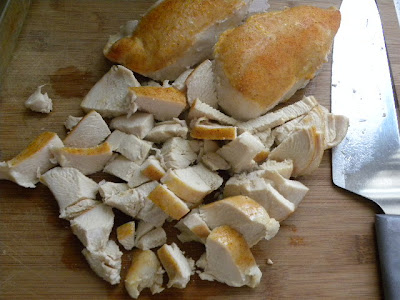 I baked my chicken breasts in a baking dish for 40 minutes in a 350 degree oven. I drizzled a little olive oil in the pan and sprinkled them with Lawry’s season salt. You could buy a roaster chicken in the Deli, or you could choose to boil your chicken. In the end you will need approximately 5-6 cups of shredded chicken. 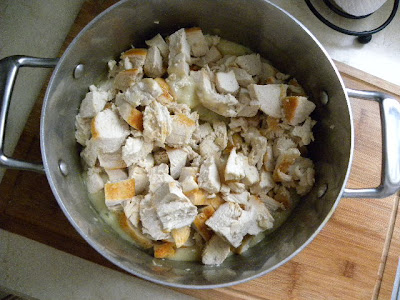 Cut it up, shred it, dice it. However you like. This is your pie, make it like you like! Add it in with onion, celery, soup mixture. 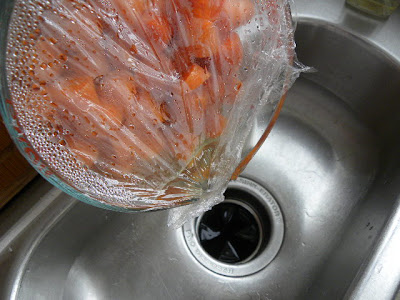 Vegetables, make it your own. If you don’t like carrots, but you like corn then just add corn. My mom actually uses a bag of the mixed vegetables (peas, corn, carrots, and bean variety). But my kids think peas are the Enemy, so I only put corn and carrots in my pies.
I partially cook my carrots in the microwave, in a glass bowl with a little water, drain water off before adding them. No need to cook frozen vegetables before hand. 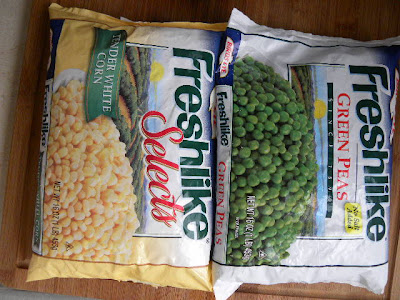 I prefer frozen vegi’s over canned. And you will want to put about 4-5 cups total of vegi’s in your pie. Or I guess if you are completely ANTI vegi then more chicken and leave out the vegi’s. It is your pie. (wink) 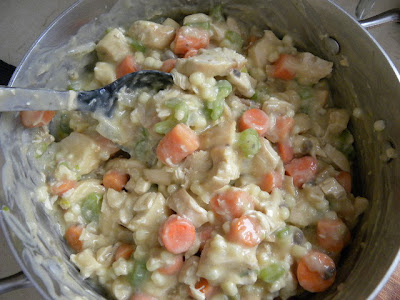 Mix in vegetables and let filling cool. Now it’s time for the Crust! 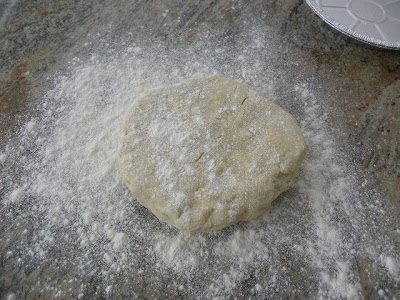 If you want to make your own crust. Rock on!

Or if you are not in to the making of Pie Crust, I will not hold it against you in any way. My cousin, who’s husband is a chef at my favorite restaurant in town, told me she uses Pillsbury refrigerator crust! GASP!
Well alrighty then…I hope that I am not giving you guilt in any way if you are doing the same.
Here is my Pie Crust recipe printable, or you could try Pate Brisee, which is basically a fancy name for pie crust made with butter. Which is always lovely! If you want to see the whole Pie Crust making process then go here. 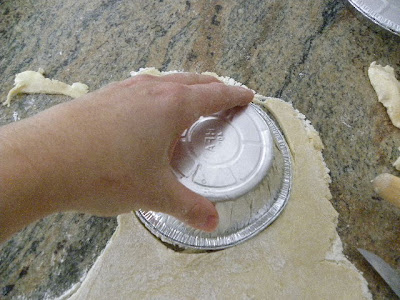 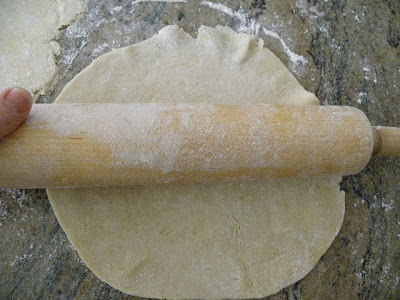 Then give that little circular crust a roll, to make it just big enough for the bottom crust. 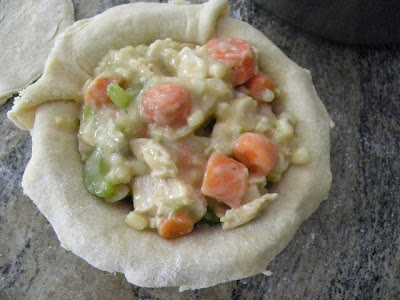 Flop it in there, and fill with your Chicken Pot Pie filling……oh man I’m hungry writing about this right now. 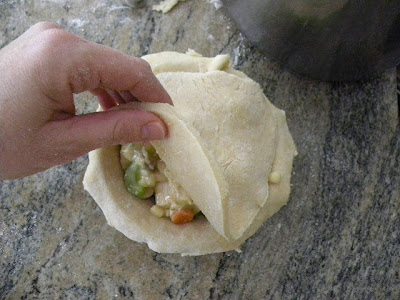 Cut out another round of pastry and lay it on top…buh-bye yummy filling. 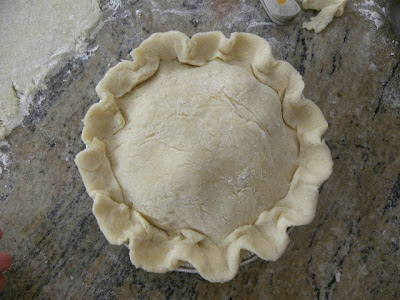 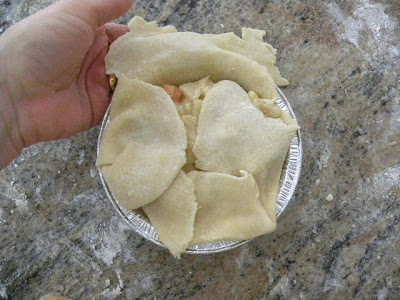 If you like the look and ease of a rustic crust. You can cut your bottom crust out a little bigger, and just flap it over, like so. 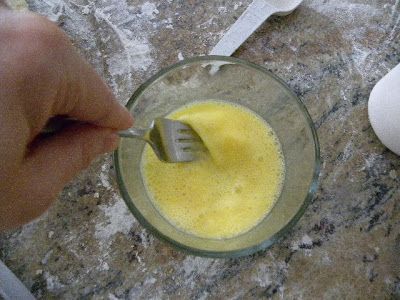 In a small dish whisk 1 egg and a 1 tablespoon of water together for the egg wash. This makes your crusts look purdy.

Hey….just wondering if you have ever tried to whisk with one hand and and take a picture with the other? No?! Well try this….rub your tummy with your left hand and pat your head with your right. OK now you know what I’m talkin’ bout…. 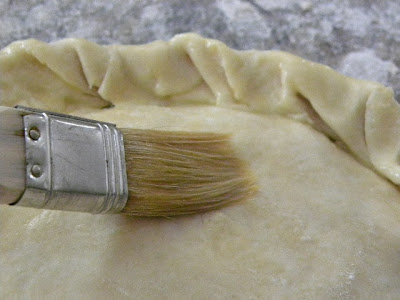 Well now that we have mastered that, give your pies a nice brush with the egg wash, and pop them in a 375 degree oven for 45 minutes. 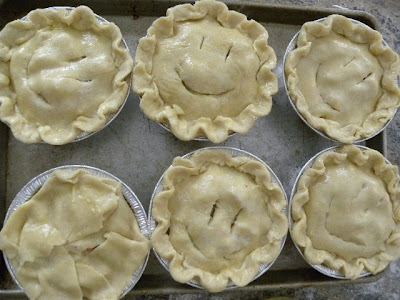 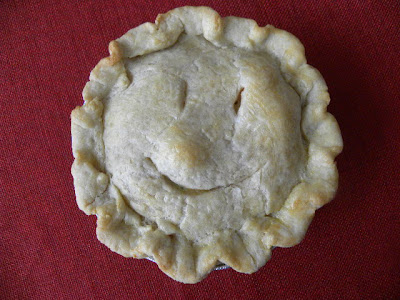 Awwww…look at that little guy. He looks like he’s tryin’ to say something.
Wonder what he’s tryin to say….hmmm hopefully it’s Bon Apetite! 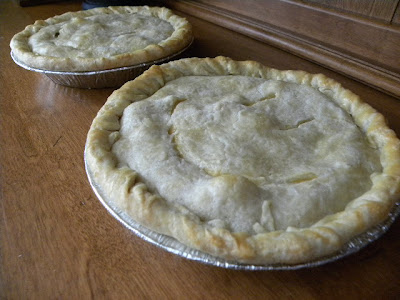 Here are a couple 9″ pies. If you like to make dinners ahead to FREEZE. These pies freeze beautifully. Make sure you cover them tightly in plastic wrap and then a layer of foil . Take them right out of freezer, remove wrapping, and into a 375 degree oven bake for 1 hour 15 minutes.
There so easy. I hope your family loves them.
OH don’t forget NEXT week is my WEEK of GIVEAWAYS!!!!
Luv YA,